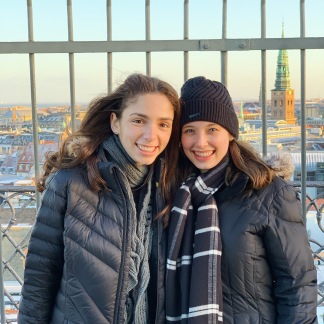 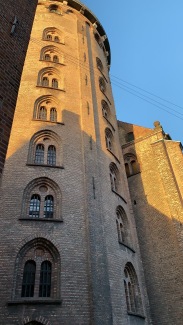 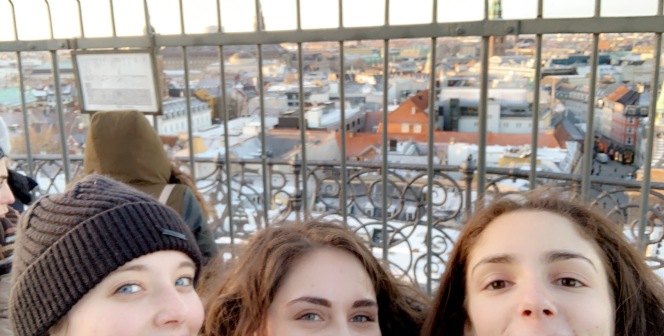 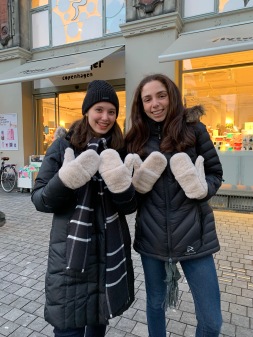 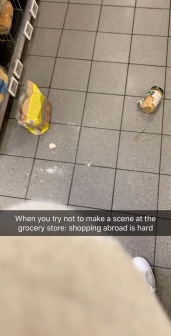 While we have only been in Copenhagen for three days, we have gone to at least one supermarket each afternoon, and somehow, we have managed to make some sort of scene. The culture of shopping here is very different from the United States, and we are not yet accustomed to it. For example, the first question the cashier asks (in Danish) is if I want to purchase a bag, and because I don’t know Danish, I just apologize and say I only speak English. I’ve been remembering my reusable bag the last few days but I need to just shake my head in response to this question!

Yesterday, Adina and I went to Fotex Supermarket for the first time. We walked inside, only to realize we forgot to grab a shopping basket. Unfortunately, we were already on the other side of the door, and it’s a one-way entrance only; there was no going back. We assumed our usual techniques of trying to guess our way around what food is what, which brands look good, and plugging some common unfamiliar Danish words into Google translate.

A few minutes later, I had my arms full, and I was shifting the gluten free bread I found from one arm to another. In the process, the glass jar of peanut butter slipped from my arms and shattered into pieces all over the floor. Despite the fact that Adina and I were laughing at my klutzy move, I was so embarrassed. Luckily, I found a very nice worker, and he accepted my apology. We finished up shopping as quickly as possible, wanting to get out of there.

No such luck. Checking out was a 20 minute process. I suggested that we try self-checkout this time, since it was the first time we had seen a kiosk for that and we usually held up the line with our English questions when we stood on the normal line. This ended up being the wrong move. After scanning a few items, a message popped up in Danish and presented two options, but I didn’t know what either one said. We flagged down the one worker when he was done helping another customer, and he grudgingly scanned something to the screen, which dismissed the message. Then, we noticed that there was an “English” option but it didn’t respond when we pressed it. I scanned another item, and the message popped up again. We needed help again, and several times after that. We also couldn’t scan our student shopper cards without an employee scanning something, and it ended up being a hassle on the worker’s part. Lesson learned: no self-checking out.

This is just one of many examples of adjusting to a new food culture. However, we attended a very informative orientation session today, where we learned about Danish norms, and we were able to ask many questions. For example, Danes, unlike many Americans, want to sit and enjoy their food for a long time, and they consider it rude when waiters approach you with the check to finish up. Instead, we have to request the check when we are ready to leave. We also learned that Danes tend to shop often and buy only enough food for two or three days, whereas Americans often stock up on a week’s supply of food.

We have been exploring some other yummy eateries and my favorite so far, the Glass Market! Pictures will be posted soon.